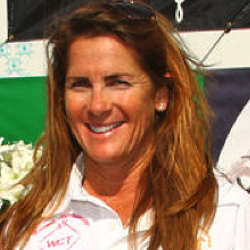 Originally from New York, Maureen Brennan is a lifelong horseman who has been playing polo since 2002 when she switched disciplines from Grand Prix Show Jumping.  Currently rated at 6 Goals in Women’s polo and 1 Goal in Regular/Coed polo, Maureen has played every level from 26 Goal to coaching entry level polo.  Having won many national tournaments more than once including the Silver Cup, the US Women’s Open and 16 and 14 Goal during the competitive Palm Beach winter season, Maureen’s team, Goose Creek Polo has become a top team in the country. Maureen has had the honor of receiving multiple national Most Valuable Player and Best Playing Pony titles.  Goose Creek polo also has a breeding operation and Virginia International Polo Club founded by Maureen is one of the largest clubs in the region.